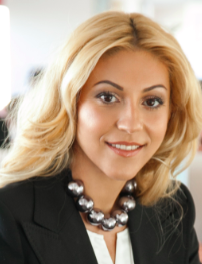 Ruxandra has a broad understanding of airline operations – from the technical and operational aspects to the strategic and commercial ones. She has extensive experience working in international projects with a career that started at EUROCONTROL, the European Safety Agency for Air Navigation, where she worked with the Air Navigation Service Providers across Europe assessing safety and operational performance. She then moved on to the commercial side of the industry as the Marketing and Sales Director at the first low cost airlines in Romania, Blue Air. Her standout skills in the area of airline operations drew the attention of Binter Canarias of Spain where she assumed responsibility as International Expansion Manager – expanding the fleet from ATR72s to B737-400s and transitioning the airline from a traditional island-based operation to an international carrier. Ruxandra led TAROM, the Romanian national airline, as the CEO where she successfully grew its passenger numbers by more that 25% and formed an important international strategic partnership for TAROM by joining the SkyTeam Alliance. For the past eight years she lead her own consulting business being part of projects across the entire spectrum of the commercial aviation environment. As part of the World Bank Group projects she is currently responsible for the airline operations activities undertaken as part of the aviation sector reform of the Republic of Uzbekistan. Ruxandra holds an Aerospace MBA degree from the Ecole de Commerce de Toulouse, France and a Bachelor of Science degree in Aviation Administration from St Francis College, New York as well as other qualifications received throughout her professional career.