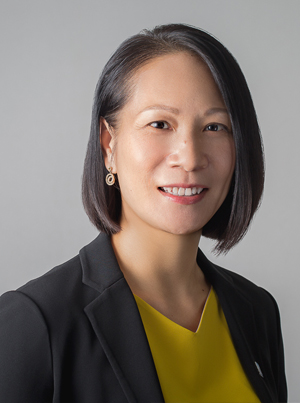 Mrs. Patti Chau is the Regional Director of Airports Council International (ACI), Asia-Pacific based in Hong Kong. As the trade association for world’s airports, ACI advances the collective interests of, and acts as the voice of the world’s airports and the communities they serve, and promotes professional excellence in airport management and operations. ACI Asia-Pacific is one of five regions of ACI that includes Asia, Australia/New Zealand and the Middle East. Mrs. Chau is responsible for developing and leading ACI Asia-Pacific’s efforts to enhance member services and grow membership while maintaining the mission of promoting the interests of 105 airport members from 49 countries. Before ACI, she was with Vancouver Airport Services (now known as Vantage Airport Group), responsible for the internal auditing and financial activities of the Canadian and international operations. Patti is a Chartered Professional Accountant (CPA) and holds a degree in Finance from Canada.