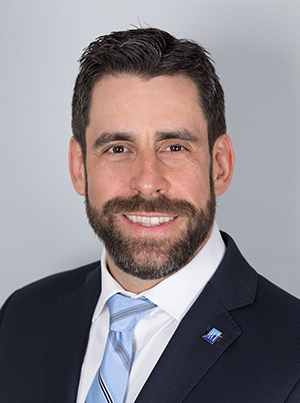 Patrick Lucas joined ACI in April 2011 and is currently Head of the Airport Business Analytics Unit within the ACI Economics Department. An economist by profession, Patrick has over 15 years of experience in quantitative positions and analytical economics. He is responsible for several of ACI’s analytical outputs and for overseeing its global data collections in connection to the airport business. In addition to economic analysis, member reports, analytic briefings and statistical advisory, he has lead the authorship of ACI’s major flagship publications: the World Airport Traffic Report and the Airport Economics Report. He also oversees the production of ACI’s World Airport Traffic Forecasts. He is currently the Secretary for the Forecasting and Statistics Subcommittee, which reports to ACI’s World Economics Standing Committee. Lastly, Patrick delivers courses in Airport Economics, Airport Business Analytics, Statistics and Forecasting as a member of ACI’s Global Training Faculty.
Prior to joining ACI, Patrick worked for a United Nations statistical office where he contributed to major global reports aimed at analyzing economic and social progress based on internationally comparative data. In this role, he was also responsible for devising indicators to monitor global development targets, survey planning and design, training and methodological standardization across Member States.
With expertise in both applied econometrics and financial economics, Patrick holds a bachelor’s degree from McGill University and a master’s degree in economics from Concordia University.